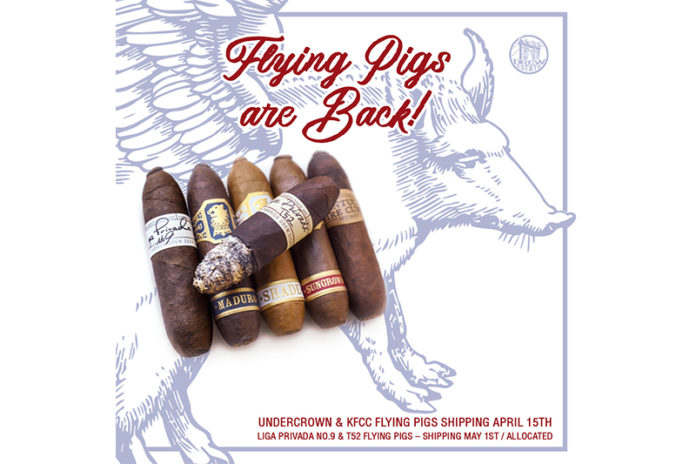 The Flying Pig is one of Drew Estate’s most sought after vitolas and is presented in a 100mm x 60 ring gauge, a shape that’s based on a photograph of an 1895 cigar salesman’s size selection case. It is not the easiest size to manufacture due to its unique size and its signature pig-tail, requiring special training of the company’s buncheros and rollers at La Gran Fabrica in Esteli.

The seasonal release begins with the Kentucky Fire Cured Flying Pig which features a Kentucky seed tobacco, grown and fire cured in Hopkinsvile, Kentucky, accompanied with Nicaraguan and Brazilian fillers. The cigar is wrapped with a Mexican San Andres cover leaf that gives the cigar depth and balance to the blend profile. The Kentucky Fire Cured Pigs are presented in 12-count boxes and have an MSRP of $115.