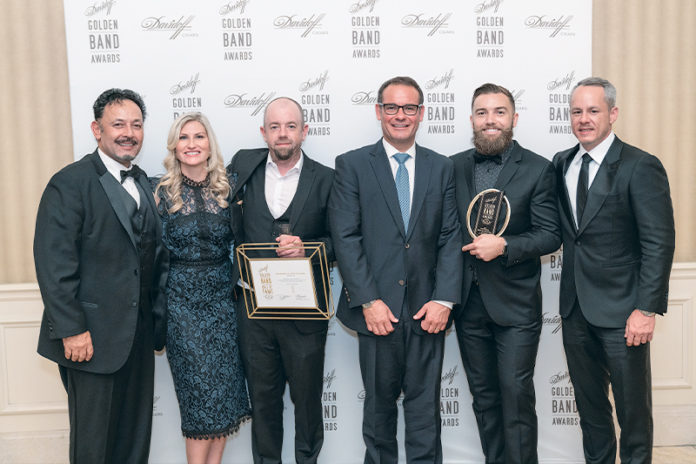 Brick-and-mortar retailers are the backbone of the premium cigar industry, and for manufacturers like Davidoff, they are the company’s ambassadors and a connection to the end consumers. When it comes to finding a home for its premium cigars, Davidoff doesn’t look for just any retail outlet. It searches for true partners that will represent the heritage and traditions established by the company’s founder, Zino Davidoff, who opened his first cigar store in Geneva, Switzerland, in 1911. Zino Davidoff provided his customers with an exceptional experience, and he worked hard to establish strong ties with them—two characteristics that Davidoff continues to seek out from the company’s retail partners today.

“We look for retailers who will become long-term partners and local ambassadors of our global brands,” says Dylan Austin, president of Davidoff of Geneva Americas. “To gain consideration, we look for commitment and steady growth of our other core brands, enthusiasm and support of our programs, and obviously the quality of their retail environment. We also look for partners that share similar values and business priorities that align with the Davidoff standard of excellence. [Davidoff] Appointed Merchants must understand the importance of premium positioning, price protection, merchandising, training and education, and embrace our programs that focus on sales out to the consumer. They must share the same passion we have for Davidoff and in joining the global family of appointed merchants.”

“Oettinger Davidoff AG is a family-owned business which strongly believes in the values of trusted partnership, mutual respect and passion for our beautiful Davidoff brand and our customers,” adds Eddie Simon, chief marketing officer at Oettinger Davidoff. “These same values were lived by Zino Davidoff and still today are the foundation of choosing whom we welcome to the global Davidoff family of appointed merchants. It is this sense of commitment, dedication, and long-term development of business and brand that makes us grateful for the partners we do business with.”

Tobacco Business magazine caught up with three of Davidoff’s appointed merchant partners to discuss the benefits of being among Davidoff’s elite retailer partners and to talk about the company’s programs and benefits, as well as the way their business relationships with Davidoff have evolved over time. Those interviewed include Corey Johnston of Blend Bar with Davidoff Cigars, Michael Tortorea from Maxamar Ultimate Cigars and Michael Cafagno of Tobacconist of Greenwich. In addition to being part of the Davidoff Appointed Merchant program, each of these retailers has also been the recipient of multiple Golden Band Awards, an annual awards program that recognizes Davidoff’s top retail partners.

Tobacco Business: Davidoff’s heritage began in 1911 when Zino Davidoff opened his first cigar store in Geneva, Switzerland, because he had a love for cigars and providing an exceptional customer experience. What inspired you to become a part of the premium cigar business and to establish your own retail business?
Corey Johnston: First, we liked the culture—the lifestyle is all-encompassing. Golfing, boating, fishing, hunting, fine wine and spirits, and cooking can all be enjoyed with cigars and friends. Second was the entertainment factor. There are not many upscale places in the U.S. with rare bourbon and single malts, fine wines and where people have the ability to also enjoy a cigar. So, the opportunity to start a new market made itself attractive.

Michael Tortorea: In my youth, I discovered a passion for great cigars by watching my father and his friends discuss world events and philosophy while enjoying cigars. As I grew older, I wanted to create that same atmosphere in our retail establishment. Since the inception of the brand, Zino made sure to exemplify what client service means and should be. That transcends us, and our customers expect top service, which is part of our genes.

Michael Cafagno: I came in here [Tobacconist of Greenwich] as a 19-year-old kid and as a customer. At the time, I was working three jobs—as a waiter, a laborer and a construction yarder. A friend of mine, who was a chef at the country club that I worked at, was a cigar smoker. I used to go to a shop in Yonkers [New York] that was like a newspaper store. I told him, “You’ve got to come with me and check this place out.” I brought him there, and he said to me, “Michael, this is not a cigar store; it’s a newspaper stand. I’m going to bring you to a real cigar shop.” I came here with him, and I walked into this kind of euphoric, beautiful tobacco store that I didn’t know existed. It was in a very old-world setting that was filled with dark woods and beautiful displays and kind of old-school methodology.

The owner of the store, Jimmy Lacerra, was a very well-dressed, polished man, and as soon as I walked in it was an intimidating sight as he was holding court with a bunch of guys. I walked in as this 19-year-old kid in jeans and a T-shirt while they were all dressed in suits, dress shirts and ties. When I walked in, Jimmy goes, “What do you want?” And I said, “I’d like to buy some cigars.” Now, at the time, I was making about $500 a week. He says, “You want to buy some cigars? You old enough?” I said, “Yeah, sure.” He responds, “Let me see your ID.” So, I show my ID. And he says, “All right, come on over here,” and he brings me over to the case and says, “How much money do you want to spend?” So, I figured, let me pretend like I have money so I don’t embarrass myself more than I already have. So, I said, “It makes no difference to me.” So, he starts picking out all these cigars—they were all Davidoff cigars. He brings me up to the register, and the total is $460. So, I’m saying to myself, “How am I going to pay for cigars? I don’t even know what they are.” I pay him, because I would have been embarrassed at the time if I didn’t. He kind of winked at me and said, “You come back here in a couple of weeks, kid, and I’ll teach you what you smoked.”

So, about six months after I started coming here, he asked, “Do you want to start working here on Saturday?” I said that I’d love to do that. At the time, I was still working three jobs and going to school full time, so my schedule was pretty packed. But I knew there was something about this place that I wanted to be a part of. I started working here full time as I was finishing up a college degree in forensic psychology. I had no idea what I wanted to do. I just knew I loved this place, and I loved Jimmy as a man, as a mentor and as somebody I looked up to. Later, I asked him [if I could] work there full time, which he said OK to, and he started teaching me about the business more—how to balance a checkbook, how to place orders, how to anticipate sales and how to treat people when they came in. When he passed, my relationships with the vendors at the store had become very solid, and everybody kind of rallied around the unspoken plan of allowing me to take the helm of this place and really make it grow and prosper.

The Davidoff Appointed Merchant program is available to just a few retailers across the globe that embody the drive and passion that Davidoff stands for. What does it mean to you for your store to be a Davidoff Appointed Merchant?
Cafagno: What does it mean to me? That you’re the best in the business. The personal relationship that I have with all of their team is just something that you don’t find in this business. Your typical salesperson walks in and they want to sell you a service—that’s their only goal. It’s not to learn about your business; it’s not to know about you as a man or to learn about your consumers—it’s only to sell you cigars. With Davidoff, sure, the goal in the end is to sell a lot of cigars together, but the foundation of your relationship is so much more important to them. It’s about the type of retailer you are and the type of person you are. More importantly, that’s what your relationship is, and that’s how my relationship with them has formed—where I feel like if I sold my store tomorrow, that I’d still talk to every single one of them. So I would say that I can’t say enough good things about Davidoff as a company and how much I appreciate being a part of their team.

Tortorea: We belong to the family of Davidoff. The leadership and the embrace they provide is unmatched. We get access to some of the best cigars ever made, and we became a destination for Davidoff cigars’ clients.

Johnston: If you really want to be in the cigar business long term, not as a part-time hobby, then as a business owner you need to build a plan, execute the plan and eventually earn the opportunity to be a Davidoff Appointed Merchant. The best cigar industry retailers are Davidoff Appointed Merchants. Luxury brands like Rolex, Rolls Royce and Wilson Combat all formed partnerships with the best in the market.

What ideas or characteristics do you embody that makes you stand apart from other retailers in the industry?
Johnston: Attention to detail in everything that we do. Blend is a destination for those connoisseurs who want the best: cigars, bourbons, wine and VIP service. We start with a custom fresh-air replacement system in all of our stores. This one-of-a-kind HVAC is a costly expense; however, it creates an indoor environment that every guest appreciates. The level of guest service at Blend is unlike most retailers. The well-experienced staff offers walk-in humidor service, tableside cut and light, spirit pairing suggestions and attentive butler-style service.