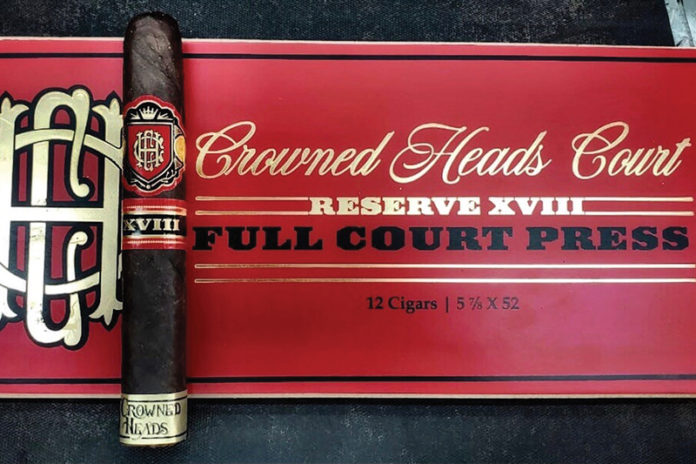 Crowned Heads has announced the upcoming release of a new limited edition version of its Court Reserve XVIII line. Called CHC Reserve XVIII Full Court Press LE 2019, this new release will be available in one vitola, a 5 7/8 x 52 box-pressed toro.

“The idea came to me last May during the NBA playoffs,” says Jon Huber, co-founder and owner of Crowned Heads. “Initially, I tossed the name out there somewhat as a corny double entendre, but the more I thought about it the more I liked the idea of releasing a box-pressed expression of CHC Reserve. Once I smoked the sample it was a no-brainer to go to production.”