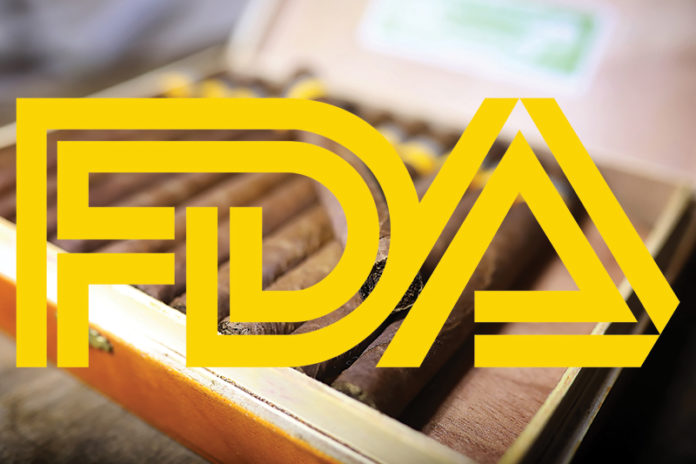 Three cigar trade associations, including the Cigar Association of America, the International Premium Cigar & Pipe Retailers Association and Cigar Rights of America brought a lawsuit against the FDA’s deeming regulations related to premium cigars and pipe tobacco. The initial court ruling on the lawsuit was issued in May of this year, and the judge determined that the new cigar health warning statements and a new pipe tobacco health warning statement were within the FDA’s authority under its deeming regulations.

However, although the federal court’s initial decision in May upheld the new FDA health warning statements for cigars and pipe tobacco, the judge urged the agency not to proceed with implementing the new warnings. Specifically, the judge wrote: “Requiring the premium cigar industry to incur substantial compliance costs while the agency comprehensively reassesses the wisdom of regulation, before the warnings requirements go into effect, smacks of basic unfairness. In the court’s view, the prudent course would be for [the] FDA to stay the warnings requirement as to premium cigars.”

After the May court ruling, the three cigar organizations appealed that initial court decision to the U.S. Circuit Court of Appeals for the District of Columbia while also filing a motion to request an injunction against enforcement of the cigar and pipe tobacco warning statements.

With the injunction being granted on July 5, the cigar and pipe tobacco warning statements that otherwise would have gone into effect on Aug. 10, 2018, will not be enforced for a period of 60 days after a final decision is issued by the U.S. Circuit Court of Appeals. This means that the FDA cannot take any action to require the agency’s new warning statements for cigar and pipe tobacco packaging and advertisements until the pending lawsuit and the appeal are finalized.

Under the FDA’s deeming regulations, the six new cigar health warnings that were to go into effect on Aug. 10, 2018, but are now postponed due to the injunction are as follows:

Or, as an optional alternative statement:
SURGEON GENERAL WARNING: Tobacco use increases the risk of infertility, stillbirth and low birth weight.