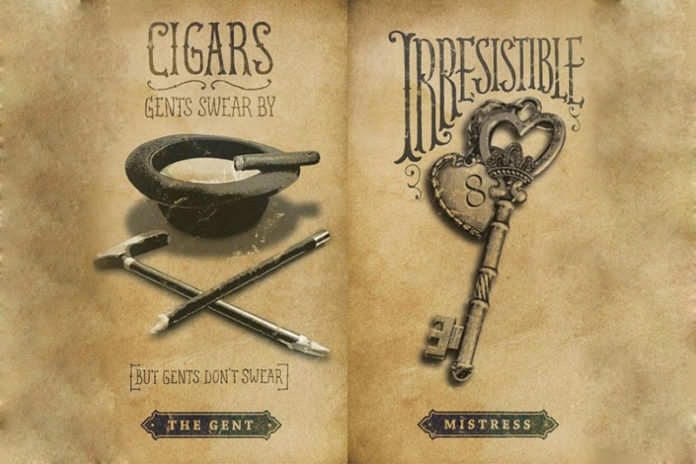 Two new cigars from Cornelius & Anthony will shake things up at this year’s International Premium Cigar & Pipe Retailers Association (IPCPR) trade show and convention this July in Las Vegas. The Gent and the Mistress are two new lines that are produced at the La Zona factory in Estelí, Nicaragua. Both lines will come in 4 different vitolas and will be presented in 20-count boxes. These are limited edition cigars that will only be available to retailers attending this year’s IPCPR.

The Gent is described as, “a cigar that takes sophistication to the next level. From the feel of its velvety Ecuadorian Rosado wrapper in your hand, to a finish that is silky smooth; The Gent exudes an elegance of flavor that is unforgettable.” The Mistress is a mutli-faceted cigar that’s dense and bold in flavor. It’s robust filler tobaccos were sourced from Pennsylvania and provide a hearty amount of spice. The U.S.-grown binder along with the Ecuadorian Habano wrapper will bring the spice together and create a cigar with unmatched depth and character.