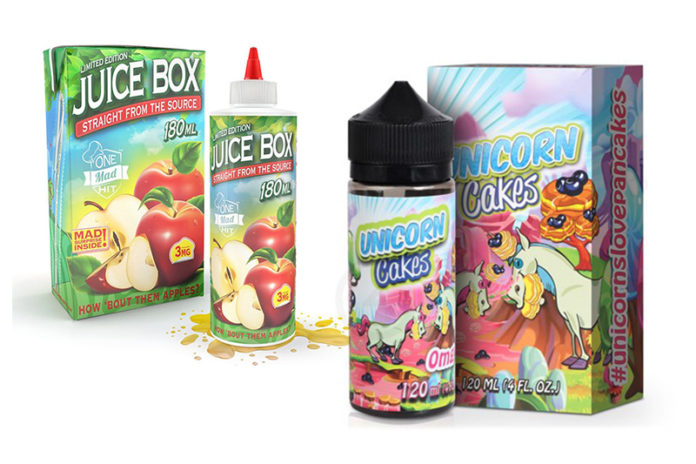 The U.S. Food and Drug Administration (FDA) revealed that 17 manufacturers, distributors and retailers that received warning letters from them and the Federal Trade Commission (FTC) back in May have stopped selling nicotine-containing e-liquids and e-cigarettes that featured labeling or advertising that resembled kid-friendly food products. Tobacco Business reported on these warning letters that targeted products that were marketed the same way as many kid-friendly products like candy, cookies or juices [read more here]. The FDA claim the warning letters were part of the ongoing effort to protect America’s youth from tobacco products and nicotine addiction.

Advertising of tobacco products and its impact on the youth has been a major focus of the FDA in 2018. While the subject applies to the entire tobacco industry, it has been prevalent in the vape and e-cigarette industry. The FDA sent warning letters to several companies whose products were marketed and designed in a way that appeared to appeal to minors. Some of those products singled out included One Mad Hit Juice Box which resembled a kid’s apple juice box; Whip’d Strawberry, which looked like a Reddi-wip dairy product; and Unicorn Cakes, which included imagery from the My Little Pony television and toy series. With the issuing of the warning letters, the FDA accused the violating companies of misbranding their products and sought action on the manufacturer and retailer parts to correct the issue.

“Removing these products from the market was a critical step toward protecting our kids. We can all agree no kid should ever start using any tobacco or nicotine-containing product, and companies that sell them have a responsibility to ensure they aren’t enticing youth use. When companies market these products using imagery that misleads a child into thinking they’re things they’ve consumed before, like a juice box or candy, that can create an imminent risk of harm to a child who may confuse the product for something safe and familiar,” said FDA commissioner Scott Gottlieb, M.D. “Even as we encourage the innovation of novel and potentially less harmful products such as e-cigarettes for currently addicted adult smokers, we’re committed to holding industry accountable to ensure these products aren’t being marketed to, sold to, or used by kids. The FDA will continue to take vigorous actions under our Youth Tobacco Prevention Plan to restrict youth access, limit youth appeal, and reduce toxic exposure to youth from all tobacco products, and, in particular, e-cigarettes. We expect to take additional, robust enforcement actions over the next few months that target those who we believe are allowing these products to get into the hands of children.”