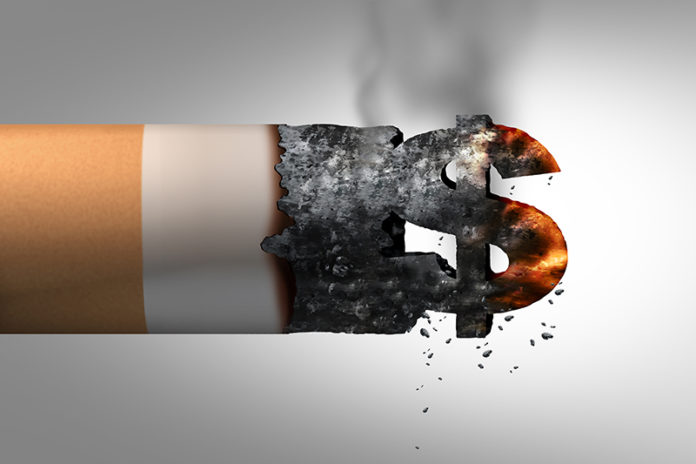 Cigarette manufacturers have raised their list prices by 8 cents per pack, according to a report from the Winston-Salem Journal. This is the first price increase in 2020 from Philip Morris USA, R.J. Reynolds Tobacco Co., and ITG Brands LLC.

List prices are what wholesalers pay manufacturers for their products and any increase in price is usually passed on to consumers. Price increases are nothing new, and are typically implemented semiannually within the industry. Philip Morris USA was the first to raise its prices, followed by Reynolds and ITG. In April 2019, manufacturers raised their prices to 11 cents, up 9 cents from the previous price, 6 cents in June and 8 cents in October.

Price increases are coming as the cigarette industry continues to see a decline in sales. According to Nielsen’s latest four-week report, there was a 7.5 percent decline, compared to a 6.2 percent decrease in the report released on Nov. 30, 2019, and a 6.8 percent decrease reported on Nov. 2, 2019. Altria, whose top-selling cigarette brand continues to be Marlboro, suffered a 9 percent decline in the latest report compared with just a year ago, while Reynolds was down 7.5 percent and ITG down 6.5 percent. Philip Morris’ market share stood at 52.3 percent, Reynolds remained at 32 percent, and ITG at 7.3 percent.