You can read the CAA’s submitted comments by clicking here.

The Premium Cigar Association (PCA) also filed comments in opposition to the FDA’s proposed flavored cigar ban. In its filed comments, the PCA argued that the evidence the FDA relied on for formulating its proposal fails to demonstrate that the use of flavored cigar products “inherently poses an increased health risk relative to use of cigars without non-tobacco ‘characterizing flavors.'” The PCA also pushed back against the FDA’s claims that banning flavored cigar products would improve health equity, especially among sub-populations.

Among the PCA’s concerns over the proposed flavored cigar ban was the rule’s impact on an advertiser’s or retail’s ability to describe the flavor profile of any cigar. The PCA pointed out the FDA’s failure not to offer a clear definition of ‘characterizing flavor’ but to instead focus on non-binding factors that are vague and subjective and nature but if present, would or could indicate the presence of a characterizing flavor. If passed as is, this vagueness would make it very difficult for the cigar industry to implement and for the FDA to enforce consistently.

Similar to the CAA’s comments, the PCA’s comments also pointed out that the FDA did not conducing an economic impact assessment on minority-owned small businesses. In addition, the FDA did not take into consideration what impact a ban on flavored cigars would have on commerce, immigration, and economic stability for those in cigar-producing countries.

“FDA has a mechanism to prevent youth access to tobacco. Yet, instead of working to fulfill the statutory requirements of T-21, the agency is speeding recklessly toward product bans with questionable legal authority,” commented Scott Pearce, executive director of the PCA in a press release.

Greg Zimmerman, president of the PCA, added: “There is something inherently wrong about targeting communities for additional regulation based on race. Our retailers are part of the social fabric of the communities where they operate. They have a right to support their consumers’ product choices, whether they are premium cigars or flavored cigars.”

You can read the FDA’s proposed flavored cigar standard by clicking here. 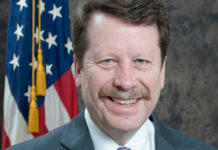 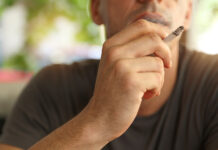