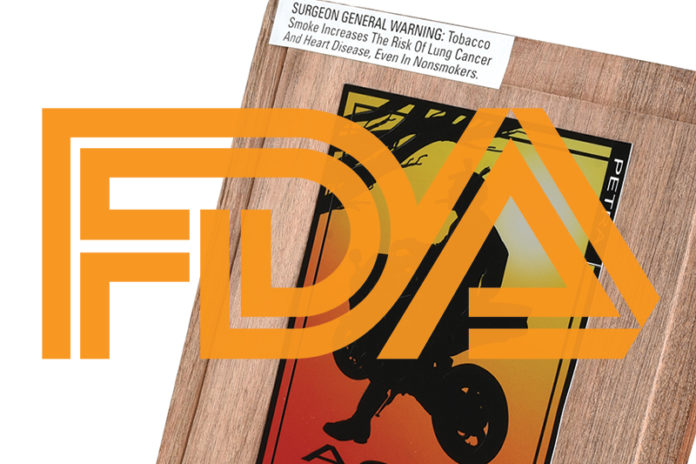 If you thought the legal back-and-forth between the U.S. Food and Drug Administration (FDA) and the cigar industry was over after the U.S. District Court in D.C. ruled in favor of the FDA meant things were over, think again [read more here]. In the latest development, the cigar trade groups that first filed the lawsuit against the FDA are now filing a motion in hopes of delaying the FDA’s warning label requirement that goes into effect on Aug. 10, 2018.

The cigar trade groups including the International Premium Cigar & Pipe Retailers Association (IPCPR), Cigar Association of America (CAA), and Cigar Rights of America (CRA) are pushing for a postponement in the FDA’s requirement that all premium cigar packaging and marketing include one of six FDA-approved warning statements or else those products won’t be able to be sold or marketed in the U.S. [read more here]. As it is, this warning statement requirement will officially begin on Aug. 10, 2018, but the cigar trade groups want this requirement to be delayed until 60 days after the court rules on the motion.