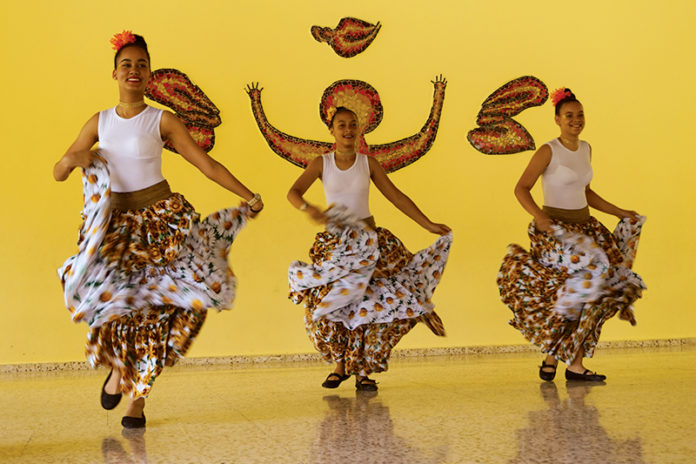 Collaborations in the cigar industry are nothing new, but one in particular has had a profound impact on the people of the Dominican Republic. During a trip to Chateau de la Fuente back in 2000, Eric Newman noticed a group of children who were playing in the streets and wondered why they weren’t in school instead. That’s when Carlos Fuente Jr. informed him of the lack of classrooms in the Dominican Republic and the inadequate educational opportunities for young children living in the area. As the day went on, Newman also noticed young girls carrying jugs of water on their heads and again asked Fuente what was behind this odd scene. Fuente informed him that for most people living in the Dominican Republic, water was a luxury, and they had to travel up to two miles to fetch it from a nearby river—and even that water was unfit to drink. Newman was troubled by these scenes of poverty and decided then and there that his family and Fuente’s family could do something to improve the lives of those living in the Dominican Republic.

Like many other cigar companies, J.C. Newman Cigar Company and Arturo Fuente had benefited from the growing popularity of premium cigars in the U.S. during the Cigar Boom of the 1990s. They had new customers, new interest in their products and bigger profits. Both companies had ties to the Dominican Republic, where their products were hand rolled by Dominican artisans, and they owed part of their recent success to the hard work and contributions of their Dominican-born and Dominican-based workers. Giving back to their community was not just an option or an afterthought—it was an obligation for both companies to reinvest in the community and the people who had helped to put them and their cigars on the map.

Corporate social responsibility is part of many cigar manufacturers’ business plans, and it ranges in scale. For Newman and Fuente, their aspirations and vision for the Dominican Republic and its people quickly evolved from just a desire to help to a full-on commitment that would not only pave the way for a project within their manufacturing community but also plant the seeds for a movement that would inspire social action both within the Dominican Republic and abroad. 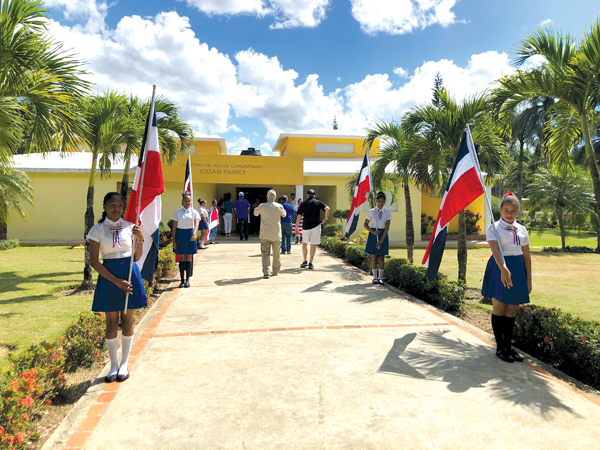 Building the School
Both men witnessed two particular problems that they wanted to take on: the lack of educational opportunity and lack of access to drinkable water. They decided they wanted to build a new wing onto a school to provide children with a better place to learn and to alleviate the overcrowding many experienced in the schools that were already in the area. They also wanted to provide clean drinking water to the community so that locals wouldn’t have to travel over two miles for water that still wasn’t drinkable. Fuente turned to David Luther, executive director of the Instituto Dominicano de Desarrollo Integral Inc. (IDDI), and told him of their plans. Luther, whose organization was already doing philanthropic work in the area, told the two men that they needed to take a different approach. Rather than going through the Dominican government to achieve their goals, Luther told them that their best course of action was to build their own school.

This was easier said than done. First, they had to purchase the land to build a school on. The first deal fell through due to land title issues. They had found a 23-acre plot suitable for a school, though the price for the land went up once the seller saw the “Fuente” name come up during the purchase. As if that weren’t enough of a challenge, convincing the local community of their good intentions was an even bigger task. There was a mining company also operating in the area that made many of the locals wary of outsiders. When Fuente and Newman arrived and told them of their plans to build a school, the villagers were skeptical of their intentions.

“They didn’t believe us,” recalls Newman. “We had a town community meeting. We had representatives from about five communities here because we wanted to explain to them what we were doing, and they started lambasting everybody. They said, ‘Nobody’s here to help us—everybody just wants to take, take, take.’” 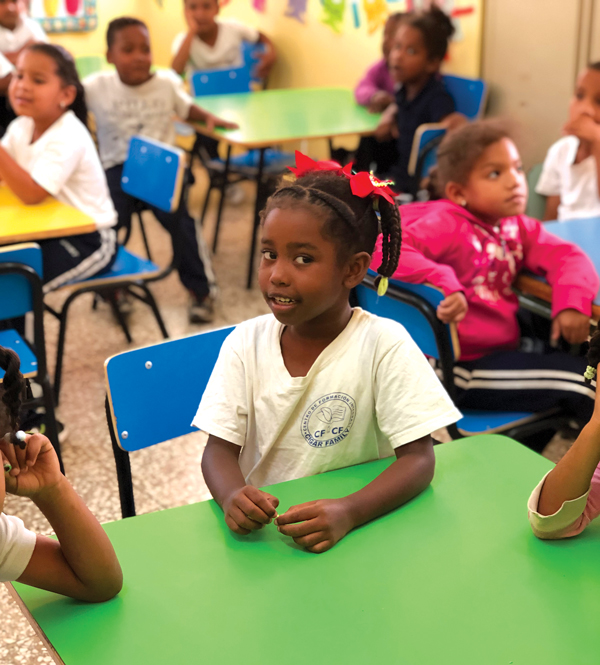 “These kids are wonderful kids,” Newman says. “They haven’t been spoiled by materialism. They don’t know what they don’t have. They’re poor materially, but they must have been raised with a lot of love. They’re happy kids. They’re learning, and they’re excited! A lot of them may not even have electricity or running toilets [at home], but they’re raised with a lot of love, and we just continue that at the school. All they needed was an opportunity to get an education to reverse that cycle of poverty. I’m so proud of the kids, so proud of the school, so proud of our Cigar Family community, and I’m so proud of you guys for helping to tell our story because we can’t do it alone.”

Retailers Give Back
For both the Fuente and Newman families, the Cigar Family Charitable Foundation is a way for them to give back. At the school, you will not see the name “Fuente” or “Newman” anywhere, but the children light up at the sight of Newman and Fuente and know them by name. The Cigar Family Charitable Foundation is an investment of time, money and resources, and both families rely on each other—as well as retailers and cigar consumers—to help support their vision of love. Newman reveals that it takes just shy of a million dollars a year to fund the foundation and all of its initiatives, and half of that money actually comes from tobacconists. The retail partners play a major part in raising funds for the foundation each year, many doing so without actually having seen the school in person. Each year, the two companies release a co-branded Toast Across America sampler pack that contains a Fuente Fuente Opus X cigar and one of J.C. Newman Cigar Company’s Diamond Crown cigars. This special sampler sells for $50 and is truly unique in that the retailer makes no money from selling it—all proceeds from this sampler go toward the support of the Cigar Family Charitable Foundation.