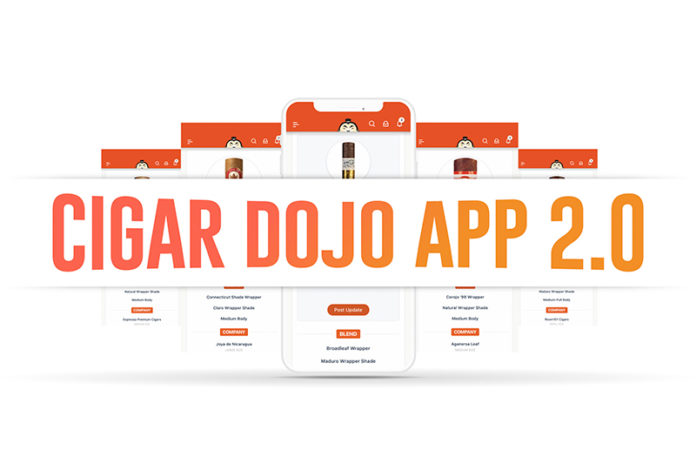 Cigar Dojo, a popular app geared toward the online cigar community, has announced the launch of its updated app. The Cigar Dojo App 2.0 comes with a number of features including cigar check-ins, activity points, groups, events and for the first time is available outside of the Google and Apple app stores.

Cigar Dojo was first launched in the fall of 2012. Since its launch, the app has faced changing app store policies that have set out to limit tobacco content and related app. Eventually, both Google and Apple began removing nearly all cigar-related apps from its platforms, making updates to the app difficult and impossible to push out to users. To address this issue, Cigar Dojo 2.0 is a Progressive Web App (PWA), meaning the app can exist and function outside of the App Store and allows anyone with access to a web browsers to access the app through both mobile and desktop platforms through the website dojoverse.com.

Cigar Dojo 2.0 focuses on delivering features that are unique to the cigar industry including the ability to check into cigars and earn points and badges that reflect a user’s unique smoking preferences. Other features include groups, inline comments, and gif responses, all features that are aimed at giving cigars smokers an online community and platform that operates without the threat of bans or limitations that they face on other social media sites and apps.