In a press release, the company announced that Chris Tarr, the company’s West region manager, has been promoted to the position of vice president of marketing.

“Chris is the right person to lead the marketing organization and I am very pleased he accepted the position,” says Régis Broersma, president of General Cigar. “He brings a strong background in consumer and trade marketing, having worked for seven years at Coors Brewing Company before joining General Cigar in 2008. Together with his expertise in sales management and his firsthand knowledge of cigar retailer and consumer preferences, Chris has the skills to support me and the executive team in driving the business forward. Chris is also not shy about pushing for his ideas and I am confident that he will be a strong leader for our marketing organization.”

In addition to Tarr’s new position, General Cigar is expanding its sales organization and has chosen Mike Radecki to lead it. Radecki’s new title is director of field sales. During his 30 years with the company, he’s held various sales leadership roles. He will be reporting directly to Gene Richter, General Cigar’s vice president of sales.

Two additional field sales representatives have been promoted to leadership positions: Sean Hardiman will take on the newly-created Southeast region manager role and John Ferrigan will now be the manager of the Central region. Kevin Spann, a former STG Lane sales leader with over three decades of cigar and pipe tobacco industry experience, will oversee General Cigar’s West region. Cameron Shaw will continue to oversee the company’s east region and duty free business. All four region managers will report to Radecki.

“By putting people with longstanding premium cigar category and brick and mortar experience in leadership roles, I am confident that we are well positioned for significant growth,” comments Broersma. “We have increased our resources to serve the brick and mortar retailer in more customized and more impactful ways than ever before. By expanding our sales regions from three to four, and by strengthening our marketing muscle with a strong, customer-focused leader, we will push the envelope to deliver tailored in-store programming that drives significant consumer pull.”

For all the latest news from General Cigar Co., visit cigarworld.com. 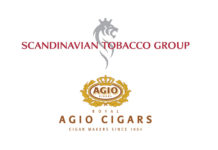