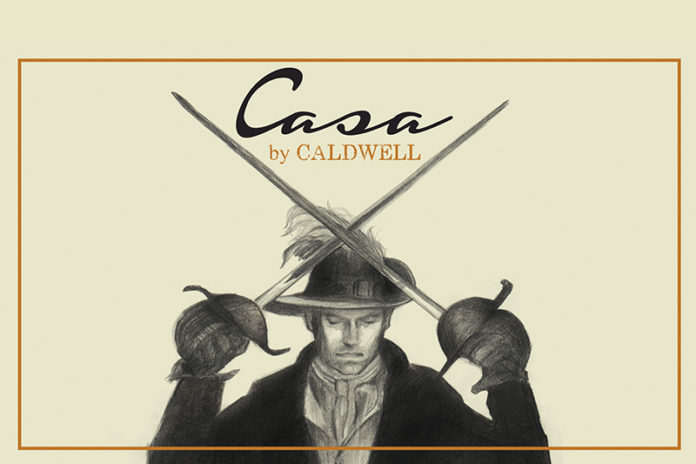 Caldwell Cigar Company has released its first U.S. retail exclusive cigar–the Casa by Caldwell. Available exclusively at Casa de Montecristo retail locations, Casa by Caldwell is described as a decadent extension of the Caldwell portfolio delivered in a luxurious composition.

Casa by Caldwell will be available as a 6×50 Toro and made with a San Ańdres Claro wrapper, Dominican blend, and Sumatra binder. It’s a medium-bodied cigar that will come in 10-count boxes with each cigar retailing for $10. Casa by Caldwell reflects Robert Caldwell’s commitment to quality and inspired ideals, using an exquisite medley of Dominican-born long filler tobaccos that culminate in a premium cigar that will be sure to become a favorite of many cigar enthusiasts.

Casa by Caldwell was released in mid-October 2018 and was made available to members of Casa de Montecristo’s growing VIP program first. Sales were limited to both tiers of the retailer’s new incentives campaign.

To learn more about Caldwell Cigar Company, click here. For all the latest news from Casa de Montecristo, visit casademontecristo.com.