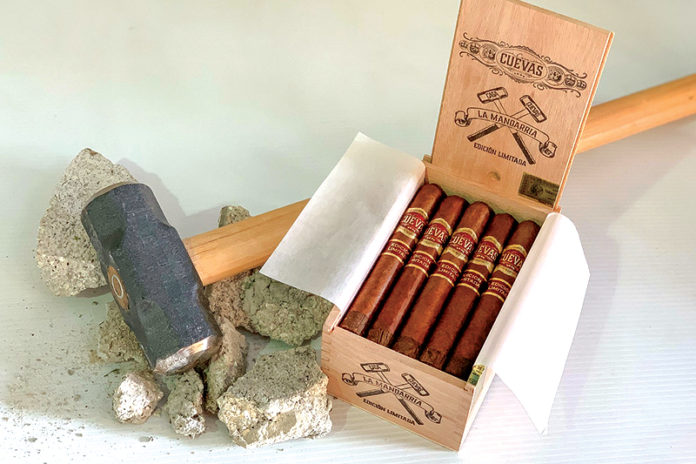 For years Cuevas family patriarch, Luis Cuevas Sr., has created many popular brands for other companies from the family’s factory, Tabacalera Las Lavas in the Dominican Republic. Three years ago, the Cuevas family felt it was time to create their own brand: Casa Cuevas Cigars. Luis Cuevas Jr., son of Luis Sr., runs the Cuevas operations in Miami as president of the company.

Regarding La Mandarria, Luis Jr. states in a press release announcing its shipment to retailers, “La Mandarria is a testament to the values that my father taught me as a child. He was a fighter who optimized the American dream. As a small cigar company, the robbery was an obstacle, but nothing he hasn’t been able to deal with in his storied past. La Mandarria represents the principal tool used against us, but also represents the strength and will of my father.”