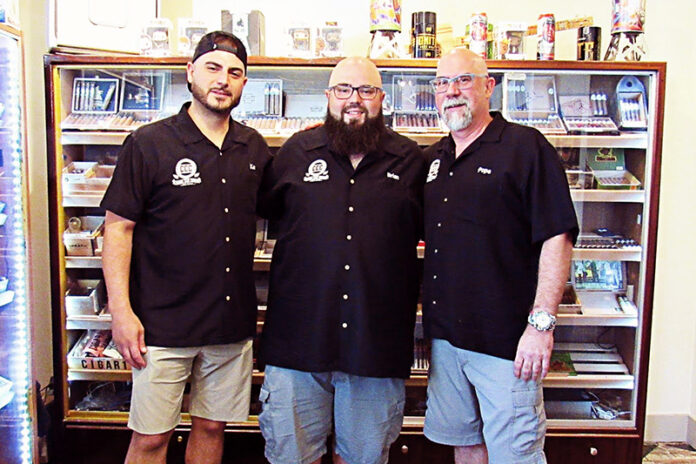 Nestled in the historic environs of Bath, Pennsylvania, rests the charming home of a budding boutique cigar store. Founded in late 2017, the grounds of Caravan Cigar Company (CCC) are steeped in nearly two centuries of local history, yet the atmosphere is as welcoming as a Sunday brunch at Grandma’s.

While the Allentown suburb may not be your average cigar smoker’s idea of heaven, the area has grown into one of the most dominant retail and online cigar sales locations in the entire country. So how does a mom-and-pop-style shop thrive in such a competitive landscape? To answer this, we’ll have to dig deeper into who CCC is.

Much like the companies run by the Fuentes, Eiroas and many other notable cigar families, CCC is family run, owned and operated by a father-son trio. Sons Brian and Kevin and father Ted “Pops” Lewis run the show there like a well-oiled machine. The family dynamic is unique, with Brian, a former operating room scrub tech, running operations, and Pops and Kevin boasting nearly 50 combined years of corporate sales experience.

The rapid success of CCC is rare in an era of online shopping dominating the premium cigar market. Organic and agile yet natural, the trio has taken the once pop-up tent cigar store and set its roots in a historic building that was built in 1840 with a fully stocked Espinosa Lounge and boasts a collection of several 90-plus rated exclusive cigars. 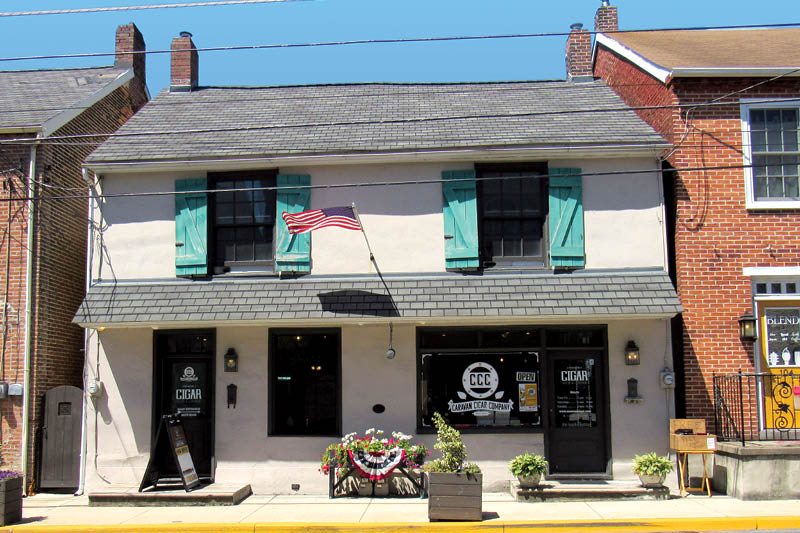 Brian’s Brainchild
“Brian and I always wanted to start our own business,” says Kevin. “[Brian] would send me texts constantly, weekly, with multiple ideas.”

“I had thought of Uber Eats before it was a thing,” says Brian. The idea of a family run business stuck with the two through the years. “For every bad idea there’s a great idea.”
The concept of bringing customers an experience is what drove Brian to launch the “Caravan” cigar store. With Pops and Kevin in tow as “volunteers,” Brian would lug tables and boxes of cigars to festivals, baseball games and other local events. It was a gamble, but the idea caught on and led to a natural growth of followers and connections in the industry.

With a year of cigar sales on the road, the trio had made several key connections, one being their benevolent landlord. “I think the best part of our story is how we ended up here,” says Brian.

“We were fortunate to meet a wonderful couple, Darren and Carol. We were setting up for an event, and we had the little corner over there,” says Pops, as he points out the window. “We had all of this stuff to unload, and he said, ‘You know what? You can just park your car right here; it’s my lot.’ He was directing traffic. We didn’t even know who he was, but we started talking to him.”

After a bit of chatting, the conversation turned. “He said, ‘You know what? Have you ever thought about a brick-and-mortar place of your own?’”

The group had all planned on a shop once the finances were in place, but Darren truly opened the keys to the city for them. “Darren and Carol helped make this storefront affordable. They helped us get permits and even introduced us to the mayor,” Brian shares.
That was it: Caravan Cigar Company settled down in the now vibrant yet pleasantly rustic colonial that possessed the distinct feeling of a home away from home.

Before even stocking the shelves, opportunity came knocking again, this time in the form of Erik Espinosa, owner of Espinosa Cigars.

“We asked Erik to make us a cigar, and Hector [Alfonso] sent us one blend, not multiple,” says Brian. “The La Zona Palooza was coming up, and we decided to give everyone a fair warning, and that was it. Now we’re on our fourth batch of them.”

Caravan Cigar Company’s Fair Warning is a Brazilian oscuro and Candela-wrapped barber pole that has gone on to earn multiple 90-plus ratings on several review outlets.

A True Lounge Experience
At CCC, building a true cigar lounge starts with the people. “We take our time when people come in,” says Pops. “I try to get to know what they’re looking for, give them suggestions and get involved with the customer. You can help them pick things out, and the majority of the time they come back and ask for another.”

The motto at CCC is that the true experience starts with your customers.

“We want to get to know our customers. We’ve built so many great relationships here that our customers are considered family,” says Brian.

There is no denying that the physical retail space adds an ambiance to the cigar smoking experience. Kevin said it best: “It’s different than walking into a big retail store. It’s like you’re going to your grandma’s house to hang out and smoke cigars. It’s not a commercialized, big open building.”

The atmosphere certainly does contain an element of the ‘home.’ The large leather loungers and TV trays straight from the Lewis’ own grandmother all sit in a room that feels like something out of an old memory. With two of the biggest retailers in the country a stone’s throw away, CCC doesn’t seek to be better but simply different from the rest. CCC also offers a game room, complete with a stocked bar, darts and poker table, as well as a boardroom and VIP room.

The next key to a great experience is events. Brian graciously shared his recipe for a successful cigar event. Inventory is planned and focused around events to always keep the right brands and sizes at hand. Brian divvies up the responsibilities for events, but the key is to always be a part of the event and interact with the customer. While the storefront is home, the Lewis family still runs the pop-up tent at local events and charities. 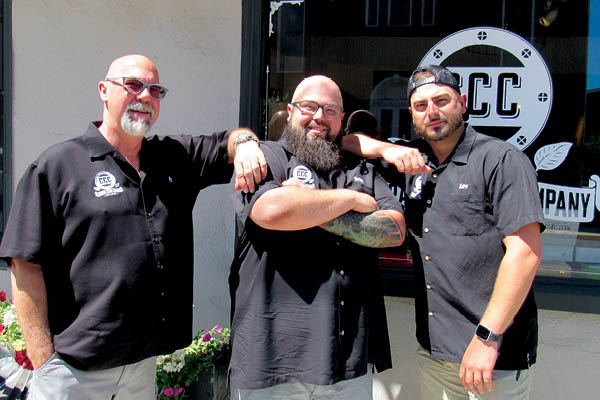 Building on Boutiques
While the atmosphere brings customers in, the selection of hard-to-get boutique cigars is what keeps many customers coming back. Some customers even drive from as far as Philadelphia, which is nearly two hours away, to get their cigars from CCC. Having this selection keeps CCC competitive with other retailers and protects them from the bargain buyers.