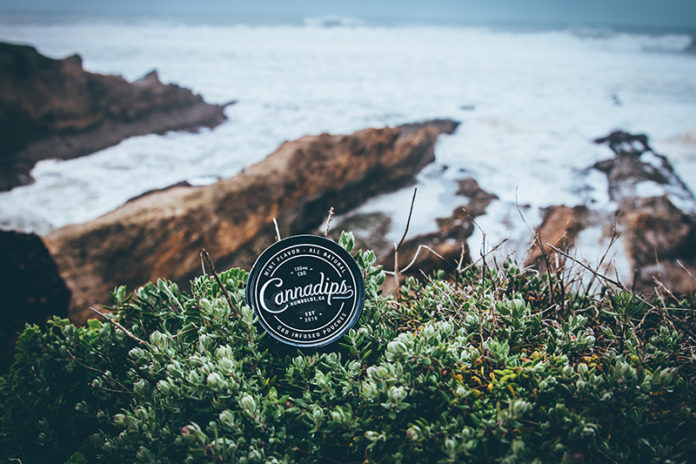 Late one night last year, Case Mandel was visiting his mother in Santa Cruz, California, when an old high school buddy, Cliff Sammet, called him up with a concept for a revolutionary new cannabis product: weed dip. “I thought, this has definitely already been done,” recounts Mandel. “So I Googled it and started researching. It turned out that there was nothing, zero.”

Mandel and Sammet were no strangers to the marijuana industry, having grown up in Humboldt County, one of the three counties that make up California’s Emerald Triangle, the largest cannabis-producing region in the United States. While Mandel had held a series of cannabis-cultivating jobs before pursuing a master’s degree in business, Sammet’s experience was more personal. He had gone to Santa Clara University on a basketball scholarship, only to have his athletic career derailed by bone cancer, diagnosed in his sophomore year.

Surgery and chemotherapy took a toll on the athletic 6-foot-8 forward, his weight dropping to just 150 pounds. “He started using cannabis at the hospital,” says Mandel, “and got his weight all the way back up to where it was pre-chemo by having people sneak edibles into the hospital.” Seeking a Solution
Both Mandel and Sammet chewed tobacco in early adulthood so the idea of a cannabis product that employed the same delivery method seemed like a perfect solution—provided they could solve the bioavailability issue. Rather than move forward with an edible-equivalent product—a solution Mandel says he might have gone with had Sammet not put his foot down—the duo kept working on the issue.

“Finally, we found an amazing food industry chemist, Leslie Norries, who had developed a technology that allowed us to make the THC and CBD water-soluble,” he explains, noting that the initial concept of a pouch product was not revolutionary until the partners added the water solubility aspect.