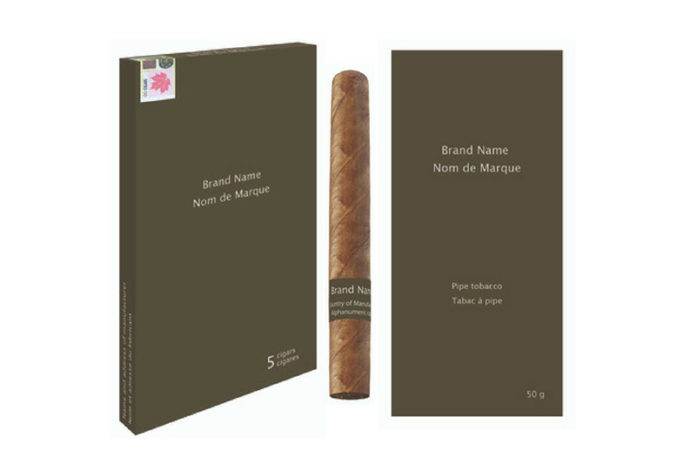 While the tobacco industry has been engulfed in a fight with the U.S. Food and Drug Administration over regulation, Canadian businesses have faced their own battle with its Parliament over packaging. When it comes to tobacco products, companies rely on packaging to communicate its brand values and messaging. With Bill S-5, however, that expression could be a thing of the past as standardized, lackluster plain packaging takes over.

Bill S-5 overhauls Canada’s 1997 Tobacco Act that regulates how tobacco products are sold, labeled marketed and promoted. Under this new law, all tobacco products will be standardized with a single color, type-face, and packaging. Imagine walking into a humidor and having several dozens different companies represented, with hundreds of skus … but every cigar and tobacco products has the same band or box color, using the same standard font, all presented and marketed the same way. That not only presents a massive problem for the consumer trying to choose a product to try but presents an issue for the retailer trying to sell those products and the manufacturers trying to convey a marketing and brand message in an already competitive market.

If Bill S-5 does not exclude premium cigars, gone will be brand’s individual marketing elements like logos, embossments, fonts, colors or anything in between. From the band to the box the cigars are packaged in, everything will look the same. Bill S-5 has already been passed in Canada’s Parliament and now awaits royal approval. Health Canada already predicts that if the bill passes without any exemptions then more than half of the cigars that are currently available in Canada will likely disappear due to the high cost of compliance on the manufacturer’s side. It could also lead to a loss of jobs in not only Canada but in those factories that produce premium cigar products including Nicaragua, the Dominican Republic, Mexico, Cuba and Honduras. The problem is that Bill S-5 applies to all tobacco products, so exempting one product category like premium cigars would mean other tobacco businesses in other categories will likely seek exemption, making it difficult for Parliament to truly enforce the bill.