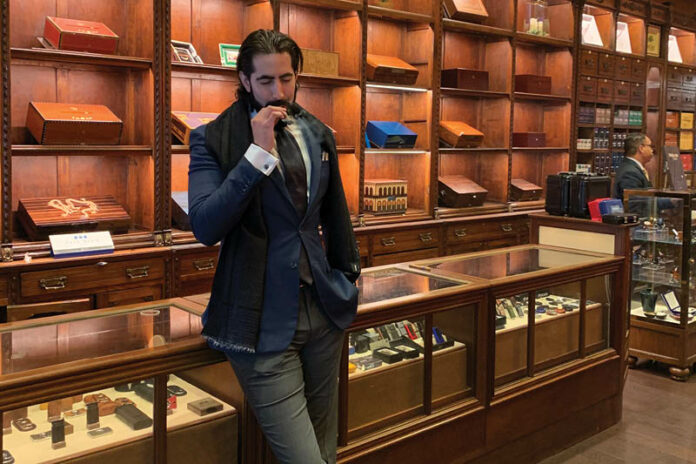 Antonio “Tony” Gomez was born into a cigar family. His father, Litto Gomez, and stepmother, Ines Lorenzo-Gomez, set out to start their own cigar business, and they didn’t let the fact that they were newcomers slow them down. It was 1996, and the U.S. was gripped by an obsession with cigars. Some cigar businesses that launched during the famed Cigar Boom didn’t last after the boom ended. That was not the case, however, with Litto and Ines’ company, La Flor Dominicana.

At the start, Litto and Ines set out to learn as much as they could about the tobacco business. Others in similar positions wanted their businesses to grow quickly, equating size with profit. Instead, Litto and Ines wanted slow growth and to put their time and effort into creating a quality product, even if it meant they would do so in limited quantities. As they learned more about the tobacco business and cigar making, La Flor Dominicana continued to grow, and the business expanded to include starting and running its own cigar factory in Tamboril and a tobacco farm in La Canela, both of which are located in the Dominican Republic.

Tony was just 7 years old when his father started La Flor Dominicana. He didn’t always see himself as being part of the family’s tobacco business. At university, Tony was an English major and had every intention of studying screenwriting in film school. It wasn’t until his last years in school when he started considering getting involved in La Flor Dominicana. Today, Tony serves as La Flor Dominicana’s vice president and spends much of his time in the Dominican Republic working alongside his father. Earlier this year, during the Procigar festival, Tobacco Business’s Harrison Brackett caught up with Tony and discussed his family and the enduring legacy of La Flor Dominicana.

Tobacco Business: How did you get your start in tobacco and the cigar industry?
Tony Gomez: I first started working for the company back in 2009, starting off as a sales rep covering the state of Florida. I did that for about four years, kind of cut my teeth there. And then, ever since, I’ve been here in Santiago, where I spend most of my time here at the factory. 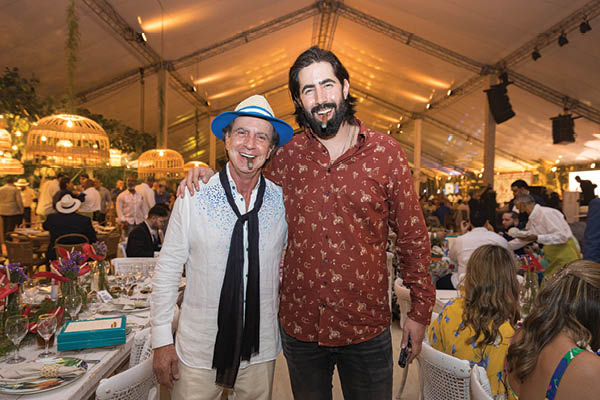 Everyone has inspirations and mentors that have shaped their career. Who would that be for you?
I mean, obviously, my father, but you know, I really enjoy doing creative things. I was very instantly drawn to packaging design and things like that. So you know, just a lot of artists in general. I pull inspiration from all sorts of places.

Like La Nox, for example—that’s a brand that was actually inspired by Van Gogh’s Starry Night painting. The font’s actually based on his handwriting. For Andalusian Bull, we use inspiration from Picasso. The font’s based on his handwriting, and it has attributes of Spain and bullfighting, which Picasso was actually big on. At La Flor Dominicana, we like art, and we like to be creative since we have no tradition in the cigar industry. We decided to always be unique and just create our own thing.

[Litto is] the perfect example of the American dream. He grew up on a dirt road in a country most people [have] never even heard of. It’s got more cows than people. And I mean, look where he’s come, right? He shouldn’t be here, but he is because he was very determined to be here.

The interesting thing is, my father didn’t finish high school, he doesn’t have a college education, he certainly never studied business. And, you know, I didn’t study business either, but I think at the end of the day, business is common sense. The complicated thing is creating a brand, creating a product, building this infrastructure and building a factory that every day can produce something at the same quality level. If you have the product, if you have the right image, if you have the branding, then it’s really a matter of just not messing it up.

Has your father ever shared with you what it was like to start a new company and a cigar brand during the Cigar Boom of the 1990s?
You have to realize that back then things weren’t like they are today. Today, you see new brands all the time, which is a good thing at the end of the day. It means the industry is healthy and people want to be a part of it. Back then, it was only generational companies, so companies had been around a long time [and] passed down. No newcomers. To come down here and open a factory during that time was actually considered to be totally nuts.
La Flor Dominicana was a crazy idea. It really should have never happened. When my dad’s got a vision, he’s very hardheaded. He’ll kick the door down; he’s going headfirst. He’s got to do what needs to happen. So it was not easy. Being in the Cigar Boom ended up being great timing because there was such a shortage of cigars that a small, unknown company actually got a shot. 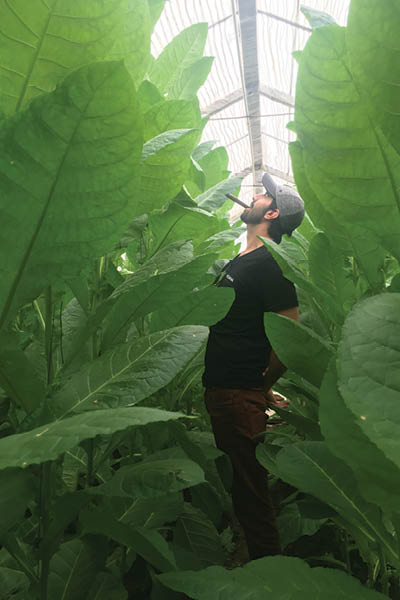