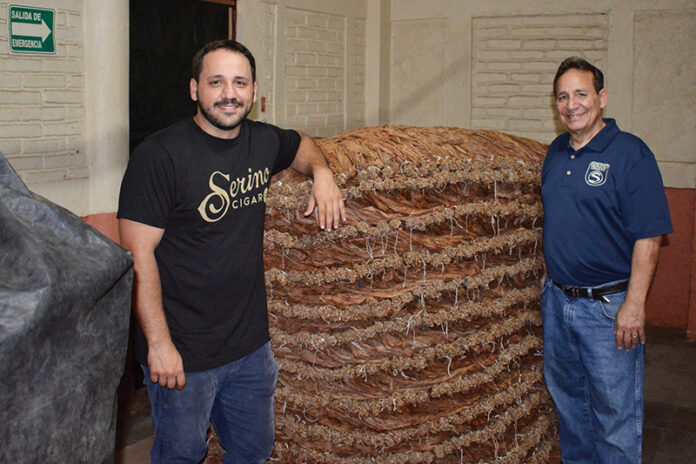 Anthony “Tony” Serino entered the cigar industry soon after selling his South Florida video rental store business nearly 30 years ago. With the money he made from the sale of his business, Serino decided to launch a new business based on his passion: cigars. Serino started off his new tobacco business by purchasing cigars in the Little Havana neighborhood and then reselling them to shops throughout Miami. Keep in mind, this was long before the internet and a time when much business was done with the assistance of a phonebook. Early on, Serino became a liaison between retailers and Little Havana’s cigar manufacturers. His new tobacco business began to grow and evolve from there.

Serino was not yet content with just purchasing and reselling cigars. Next, he opened his own cigar lounge and store named My Cigar Club. Becoming a tobacconist helped Serino build new connections throughout the cigar industry that included cigar manufacturers and factories in the Dominican Republic and Nicaragua. Serino continued to play with his business model and started to create his own brands and bundles that he sold as regional releases throughout Florida, Georgia and the Carolinas.

During this time, Serino’s son, Carson, also started to become more involved in his family’s business. While in middle school, Carson would help out at APS Distributors, his father’s distribution company. In the warehouse, Carson would assist in getting orders packed and shipped out. APS Distributors, named after Anthony Philip Serino, had launched in the mid-2000s and not only distributed premium cigar brands but also helped retailers to connect and contract with manufacturers to make house blends for their stores.

In college, Carson Serino studied entrepreneurship and marketing in addition to having a minor in art history. Carson’s time spent in the retail store and in the warehouse around many different premium cigar brands influenced his career and professional interests and would ultimately serve as a launchpad for his future role within Serino Cigar Co.

“That was my favorite thing from growing up in the retail store: hearing all the different stories, the heritage and all the underpinnings of each brand,” Carson explains.

By the time he graduated, Serino was excelling at the bundle value business and also was doing well at helping other cigar businesses grow their brands. It was at this point that Carson presented an idea to his father: Why not use all of the expertise and knowledge gained over the years running a retail business and distribution company to launch a Serino-branded cigar brand? Serino Cigar Co. launched in 2016 as the premium division of Serino’s cigar brand. They contracted with La Corona Factory in Estelí, Nicaragua, to help it manufacture its cigars. With the help of La Corona’s owner, Omar González-Alemán, the Serino Royale was blended and helped to launch the Serino family into a new chapter. 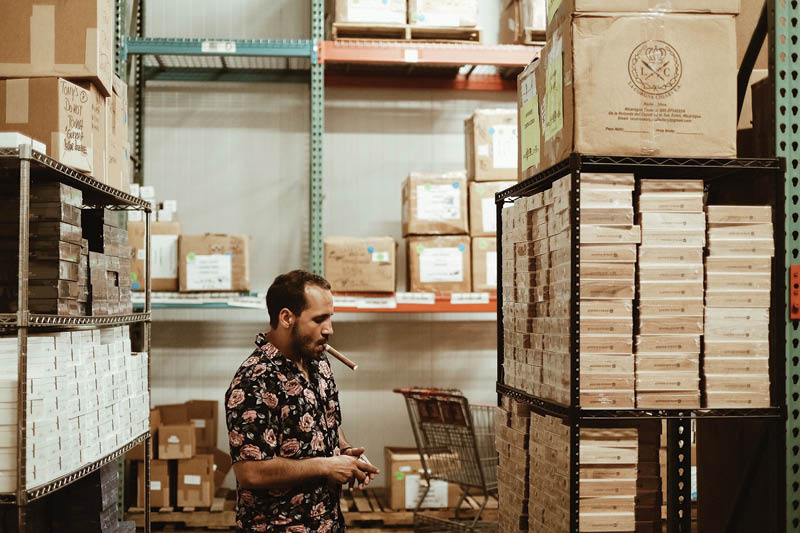 Building on Experience
Creating a cigar requires a lot of trial and error, Carson explains. It also comes down to who you work with. In addition to working with La Corona Cigars, the Serino family also enlisted the help of Jochy Blanco’s Tabacalera Palma when it came time to develop and manufacture its Taíno line. Good cigars aren’t good without access to quality aged tobacco. Good tobacco is the result of a multistep process that starts with good growing conditions that impact the overall quality of the crop. Then the quality of tobacco depends on the fermentation and aging process and the aging the cigar undergoes after being rolled.

“We don’t just pack cigars and ship them out. We wait at least a minimum of three months, and we rarely do that. It’s always like six months to a year after the roll that we send our cigars out,” Carson explains.

When making a cigar, the Serinos have learned the value of doing things in a more traditional manner, and that means they don’t cut corners. “Being very thorough with the process and having a good crop and good people behind you to really make your dreams be realized…. I would say that all the stuff you do post-crop is about 65 percent of it.”

With Serino Cigars, the goal has always been to combine all of the blending and branding knowledge the family has acquired over the years to create what Carson refers to as a “world-class cigar brand.” As the company formed and prepared for its first real foray into the premium cigar world, the challenge was to build brand awareness and trust among retailers to the point of earning shelf space for its products. The Serinos knew time was limited and the cigar category was competitive, but they had the confidence that they could come in and compete as long as they had a truly premium product to offer retailers and their consumers.

“We firmly believe quality and consistency always speaks for itself. We knew that if we put our best foot forward every day that cigar enthusiasts would take notice. After many accolades and happy customers, I believe we’ve earned the trust of the cigar community,” states Carson. We don’t take our customers’ trust for granted. Our main priority now is to embolden that trust with future projects for years to come.”

The Serino Royale Connecticut is described by the company as being “your grandfather’s Connecticut reimagined.” With notes of vanilla, cashew, lemon zest and white pepper, the Serino Royale Connecticut was blended in the spirit of tradition. It has a lush, creamy body and elegant flavor notes that will appeal to both new and experienced cigar enthusiasts. The Serino Royale Medio is a medium-bodied cigar that’s rich in flavor. It has a flavor profile that includes toasted peanut, milk chocolate, cinnamon and raisin and was blended to create a vintage taste reminiscent of a Cuban cigar with the cocoa notes of Nicaraguan tobacco. The Serino Royale Maduro XX is a personal favorite of Anthony Serino. It’s a rich, full-bodied smoke blended for those who enjoy maduro and oscuro-based blends.

“He really loves maduro and oscuro blends, like richer and fuller,” Carson says of his father. “And that’s [Serino Royale Maduro XX] definitely his wheelhouse and like his baby. Everyone knows that he really loves that cigar at the company and outside the company. It’s his go-to.”

The Wayfarer is another Serino cigar that has special significance to Carson as it was the first cigar he helped create and blend. It was during a three-week backpacking trip to Iceland when he came up with the concept for this cigar. During this backpacking trip, Carson left behind his travel humidor and found himself without any cigars. He visited a duty-free shop as well as a local tobacconist in Reykjavik with the intent to purchase several Cuban cigars, which he did. After smoking these Cuban cigars for the duration of his trip, he returned inspired and brought back the idea to create a cigar blend that was similar to what he smoked during his trip.

With the help of those at the La Corona Factory, Carson set out to create a cigar that would serve as the embodiment of his backpacking experience. When it came down to tobacco selection, Carson settled on an Ecuadorian Corojo ’99 wrapper, a Nicaraguan binder and filler tobaccos from three different growing regions of Nicaragua, Condega, Ometepe and Jalapa.

While Wayfarer is Carson’s favorite blend, his favorite brand is Elenor Rose. Created under the umbrella of Studio Serino, a division of Serino Cigars where he, his father and other collaborators can get creative and put out products that do not necessarily fit with Serino’s main releases, Elenor Rose is described as being a multifaceted tribute to the Ecuadorian Rosado wrapper. The name for the cigar was inspired by the Beatles song “Eleanor Rigby” from the 1966 album Revolver, a favorite of Anthony Serino. Revolver is the name of one of Elenor Rose’s vitolas while another size, Eagle, was named after Carson’s favorite track from the same album, “And Your Bird Can Sing.”

Another of Serino’s popular premium cigar offerings is the Taíno, a blend that pays homage to the indigenous people of the Caribbean. Taíno is a collaboration between Carson and his father and is named after the indigenous people of the Caribbean, known as the Taíno, who are credited with being the original creators for the modern-day cigar. The blend was inspired by classic cigars that came before it and was developed to be a cigar that would be enjoyed by cigar smokers of all backgrounds and levels. It’s a medium-bodied smoke with notes of cracked cedar, white chocolate and orange peel. The Taíno Heritage line is crafted at Tabacalera Palma and showcases tobaccos grown in the rich soil of the Dominican Republic, including a selection of Criollo ’98 and Piloto Cuban filler tobaccos wrapped in an Ecuadorian Habano 2000 leaf.