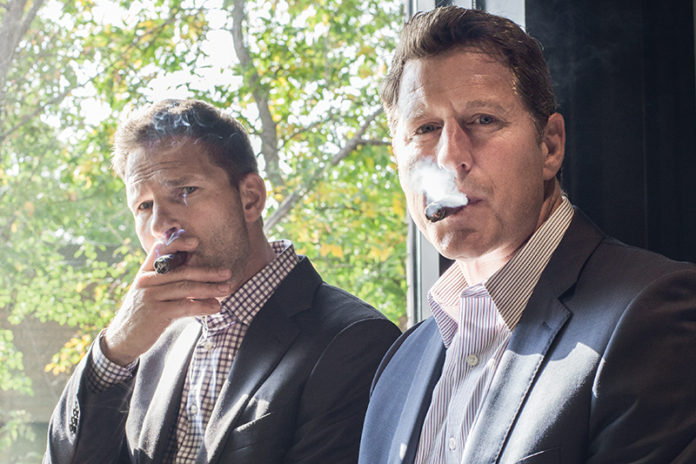 Boveda’s 2-way humidity control products have become a staple in the tobacco, food, music and cannabis industries. As the company celebrates its 20th anniversary, Tobacco Business interviewed its president and CEO Sean Knutsen and its executive vice president of sales, Tim Swail and discussed a variety of topics including their partnership, Boveda’s longevity and what drives the company today.

You both rely on one another to run Boveda, but at what point did you realize you needed to expand the team and hire new people?
Knutsen: We knew from the beginning that we needed to expand the team. We did it slowly but surely. We hired people and got rid of people who weren’t as efficient as we needed them to be. Slowly we learned over time that when you hire the best and pay them very well, then you can start building that momentum because the productivity and the quality of their work starts to pay dividends, and it no longer becomes an expense. When you hire the right people, you really get a return on investment.

Swail: And we can’t underestimate in the very beginning the nucleus of the partnership, and as Sean talked about, the culture. Our partnership just works. A lot of this gets focused on Sean and myself because we’re the face of the company, and we’re the ones who do the traveling and are doing the general running of the business, vision and strategy.

When you look at it and all of the skill sets that each of the partners had, it was a good team from the very beginning and set the foundation for us to be able to succeed. You’ve got Albert Saari, who was a chemist and the senior food formulation chemist for General Mills, Sean’s abilities as CEO to manage people in an organization and then my specialty being on the sales side. Bob [Robert] Esse, one of the co-inventors of the Boveda technology, is 84 years old. He is phenomenal and needs to get some recognition as well. He was a senior-level packaging engineer at General Mills Food Corporation. He comes into the office three to four days a week, runs Boveda’s innovation department, and he is not only a prolific packaging engineer with many patents under his belt but is also—just as a human being—an incredible person.

Here we are, 20 years later, and the culture and the ability for us to all work together and to make things happen is really a special thing. Sean and I are so blessed that we were able to be part of founding Boveda and putting this team together.

How has Boveda remained at the top of the humidity control industry, fending off other companies that have emerged with similar products? How have you remained the go-to brand for these humidification packs and products?
Swail: The key things in my opinion are the education part, the content and getting influencers in each of those markets to help build the momentum from a marketing standpoint to help build on the branding. We’ve spent a lot of our time on these things as a strategy.