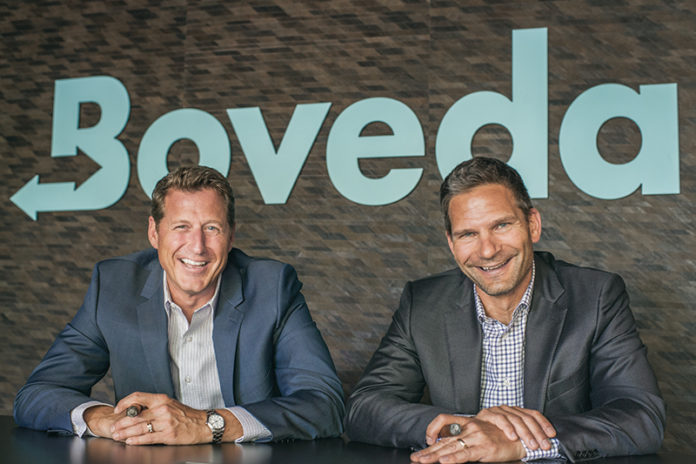 Incorporated in 1997, Boveda started out as a company called Humidipak. Sean Knutsen had just resigned from a job in sales to focus on the company full-time, while Tim Swail moonlighted between his primary job and the new venture with Knutsen. However, the challenge of building a customer base for their new product was complicated by the fact that many within their target audience simply didn’t believe the concept was viable. Boveda’s two-way humidity control product promised to either add or remove moisture within a container or package to achieve optimal humidity. Both Knutsen and Swail knew the process worked, but they had yet to convince customers.

Fast forward to the present day, and you will find Boveda’s products not only in many tobacconists but also packaged within tobacco manufacturers’ products and sought out by tobacco consumers as well as those in several industries outside of tobacco—including music, cannabis and food. The company, which once operated out of Knutsen’s home, now has its own offices and a team of employees. Tobacco Business recently sat down with Knutsen and Swail to get the story behind their company’s evolution, how they’ve defined Boveda’s company culture and why, after 20 years in business, they feel they’re back to day one.

Tobacco Business: For those who aren’t familiar with Boveda, tell us about the company and what it does.
Tim Swail: Boveda invented the world’s first two-way, humidity control product. Through a basic scientific principle that certain salt mixed with water naturally regulates humidity, Boveda patented a unique packaging application to harness this powerful piece of science. This application involves a semipermeable membrane that allows for the cleanest, most-purified water vapor to either be emitted or absorbed. The Boveda product will recognize the environment in which it’s placed, and either add or remove moisture in order to reach equilibrium. The RH [relative humidity] is printed on the packet. Boveda produces a diverse line of products that can achieve a variety of RH levels from 10 percent to 95 percent, according to the user’s preferences for cigar storage.

Your product takes on the issue of humidity control, which isn’t a subject that gets a lot of attention, though it should. What about humidity interested you all, and at what point did you know you could form a business around this one topic?
Swail: It was an “aha” moment. I think I remember vividly that day, Sean, when we were over at your place working with one of the prototypes, and we were like, “Holy cow, this thing works!”

Sean Knutsen: How in the world did we know we could make a profitable business from this? Tim and I were in unison when we came across this product over 20 years ago. We knew it right away when we saw it work—it was a no-brainer. We saw a hygrometer inside of a container that went exactly to the point where it was supposed to and then stopped there. It didn’t take long for us to recognize that we had something pretty special with Boveda.