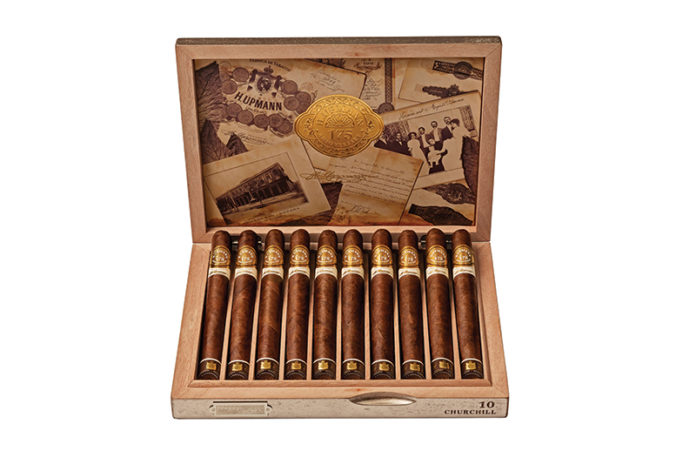 Altadis U.S.A. has announced that it has begun shipping the H. Upmann 175 Anniversary cigar. This limited edition cigar is presented in a Churchill viola (7 x 50) and will retail for $18 per cigar. There will also be a 50-count special humidor that has begun shipping to the retailers this week as well.

In 1843, German banker Herman Upmann took a leap of faith and moved to Havana, Cuba to open a new branch his family’s bank. He created a special batch of cigars to honor his best clients and it was this act that sparked his passion for tobacco. Upmann went on to launch his own cigar brand in 1844 which he manages with his younger brother, August. The brothers purchased a small cigar factory and learned how to combine tobacco artistry and German ingenuity together. 175 years later, H. Upmann is recognized globally as a top premium cigar brand.

To celebrate this milestone, H. Upmann has worked with A.J. Fernandez, who introduced a Medio Tiempo wrapper to this cigar to add to its complexity and flavor. The H. Upmann 175 Anniversary cigar is a Nicaraguan puro that Fernandez and his team carefully harvested the leaf for and utilized an intricate fermentation process for over three years, which is time consuming process but brings out the best in the medio tiempo wrapper.