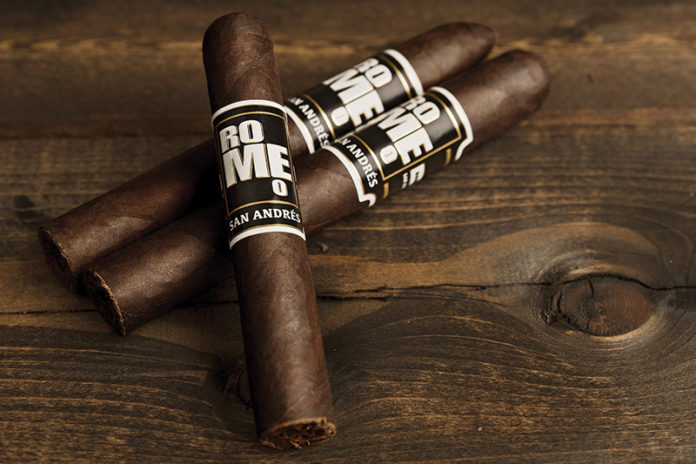 Altadis U.S.A. is going in a completely new direction for the next installment in the Romeo y Julieta line. The company has announced the new Romeo San Andrés by Romeo y Julieta, set to arrive in retail stores in March 2018. Altadis is describing the new cigar as having “complex flavors, aroma and exceptional balance.”

As reported by Cigar Aficionado, this is the first Romeo y Julieta cigar to feature a Mexican San Andrés wrapper. As with some of its 2017 releases, Altadis teamed up with A.J. Fernandez for this release while the concept of the cigar comes from Altadis’ new head of product capability, Rafael Nodal. Nodal told Cigar Aficionado that he an Fernandez were blending some of A.J. Fernandez’s aged tobaccos with no particular project in mind when they created this blend that consists of Nicaraguan an Dominican fillers.