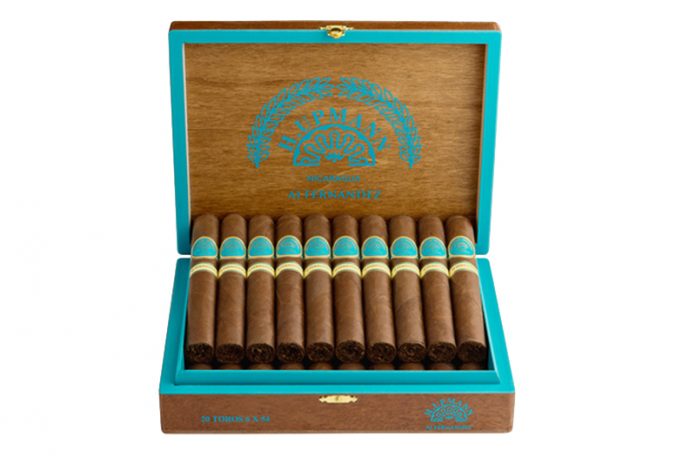 The popular H. Upmann brand is getting a new Nicaraguan release courtesy of famed cigar maker AJ Fernandez. A.J. Fernandez Cigars has announced that H. Upmann by AJ Fernandez will begin arriving at retailers at the end of April 2017 and will have a wider release in May.

H. Upmann follows a series of well-known cigar brands including Montecristo and Romeo y Julieta that have been given an AJ Fernandez treatment. His take on H. Upmann will have an Ecuadoran Sumatra wrapper, Nicaraguan Corojo ’99 binder, and filler tobaccos from the Dominican Republic and Nicaragua. It will be available in three vitolas: Churchill (7 x 54), Toro (6 x 54), and Robusto (5 x 52). The cigars will be available in 20-count boxes and will sell between $7.25 to $7.75 per stick.

This cigar will be distributed by Altadis U.S.A. It will begin shipping to a limited number of retailers on April 29, including Tabacalera USA’s JR Cigar and Casa de Montecristo retail stores and lounges. The national release date is May 10.

For more information about this and other releases from Altadis U.S.A., visit altadisusa.com.