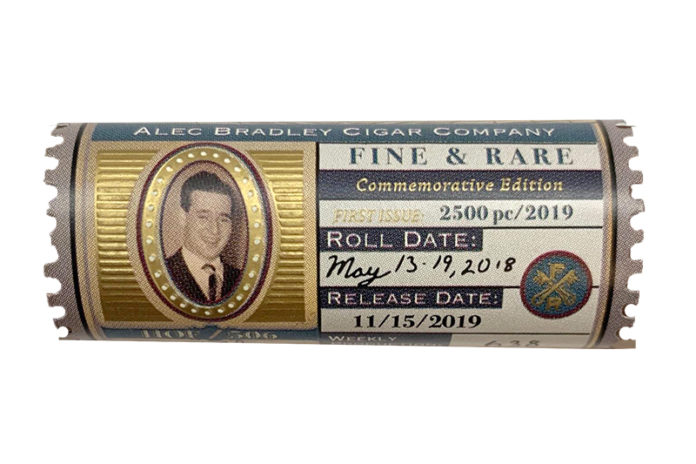 Alec Bradley’s Fine & Rare was the result of Alec Bradley Cigar Co. founder Alan Rubin setting out to make the most complex cigar in the world. While the term ‘complex’ typically refers to flavor in the cigar world, Rubin wanted to go beyond that and make complex something that described the intricacies and obstacles he faced while blending his masterpiece, the Alec Bradley Fine & Rare.

Fine & Rare was first brought to market in 2011 and it made headlines by using an unheard of ten different tobaccos in its blend. Since that release, Fine & Rare has become a highly anticipated annual release. Each year, Fine & Rare has taken on different shapes, sizes and blends and each year, ten specially aged and selected tobaccos are chosen. The tobaccos are then rolled into a shape that represents the blend the best.

2019’s inaugural release of Fine & Rare HOF / 506 is a box-pressed Gran Toro measuring 6 1/4 x 54. This year’s release is especially meaningful to the Alec Bradley family in that it is dedicated to the life and legacy of Alan’s father, David Rubin, who passed away in late 2018. A photo of David Rubin is prominently displayed on the front of the band and on the back are the words, “In Honor of David Rubin.”