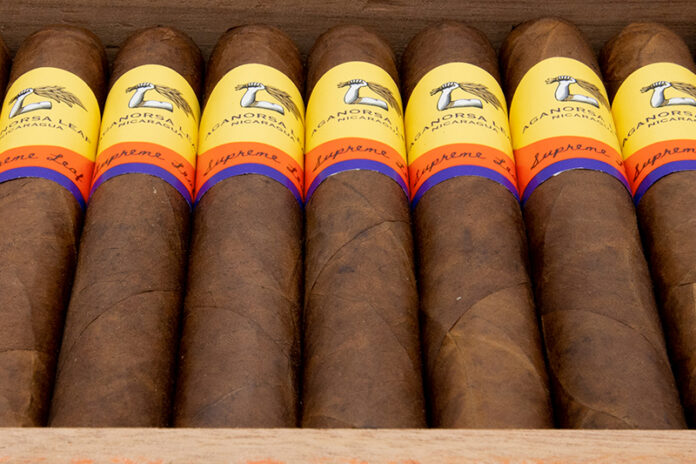 “Demand for Supreme Leaf continues to grow and we are committed to releasing the same incredible blend in a new format with each release.” states Terence Reilly, who serves as Vice President of Sales and Marketing. “Rolling the blend as a traditional parejo and not box pressing it gives the consumer the opportunity to compare how this vitola compares to previous releases. I’m excited for the feedback from consumers once this hits the market in February, especially since this release will mark the first time in over a year Supreme Leaf will be available and expectations are higher than ever. ”

Each Aganorsa Leaf Supreme Leaf Toro will have a suggested retail price of $13.99. It will come in 10-count boxes with 2,750 boxes total being released. Retailers can order this cigar beginning in January.

For all the latest news from Aganorsa Leaf, visit aganorsaleaf.com.