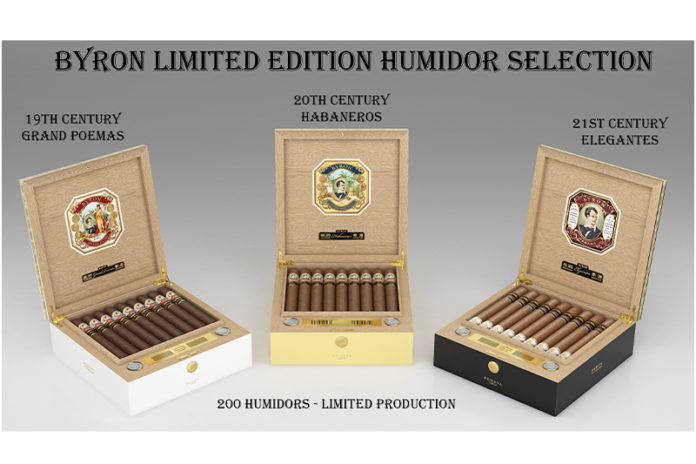 Nelson Alfonso is recognized around the world for his packaging and artistry. These Byron limited edition humidors will be lacquered, French White Oak lined and will feature embossed hinges, a temperature gauge, hygrometer and push button closure. These humidors will contain cigars that were aged for five years after being rolled. Here’s a breakdown of each blend:

Only 200 of these numbered humidors, each containing 25 aged cigars, will be released. Each humidor will have an MSRP of $875 or $35 per cigar when sold as individual cigars. These Byron Limited Edition Humidors are currently shipping to United Cigar retailers.

For all the latest news from United Cigar Group, visit unitedcigargroup.com.